The United States Department of Defense and GW Pharmaceuticals are collaborating on a new clinical trial at the Montefiore Medical Center in New York. The study examines the effect of the cannabinoid Cannabidivarin, more commonly referred to as CBDV, on irritability and repetitive behaviors in children with autism spectrum disorder. Researchers are hoping to discover if CBDV is a viable solution for treating the symptoms typically associated with this disorder.

CBDV is a non-psychotropic compound (meaning it does not affect a person’s mental state), making the chemistry and benefits of CBDV more similar to those of the cannabinoid CBD than those of THC (which is best known for its euphoric effects).

“In some of the animal models that are similar to autism, it was found that CBDV had important effects on social functioning, on decreasing seizures, on increasing cognitive function, and in reducing compulsive or repetitive behavior.” – Dr. Hollander

Dr. Eric Hollander, the Director of the Autism and Obsessive Compulsive Spectrum Program and Anxiety and Depression Program at Montefiore Hospital, is leading the clinical trial. Dr. Hollander brings 30 years of experience in autism spectrum disorder research to the team. The CBDV compound for the trial is being shipped from the United Kingdom to Dr. Eric Hollander.

Dr. Hollander believes the cannabis extract holds hope for treating autism symptoms in humans based on the success it has had reducing seizure activity in mice. “And that was one of our thoughts, why this CBDV could be helpful,” Hollander told CNN. “Because if it helps with epilepsy and it helps in terms of decreasing the spike activity, we might also get improvement in some of the aggression, or the self-injury, or the temper tantrums.” 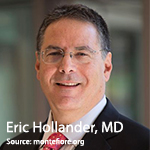 “In some of the animal models that are similar to autism, it was found that CBDV had important effects on social functioning, on decreasing seizures, on increasing cognitive function, and in reducing compulsive or repetitive behavior,” Hollander said. “So for that reason, we wanted to apply that to autism.”

This isn’t the first time GW Pharmaceuticals is making waves in the cannabis industry. In 2018, the FDA granted approval of Epidiolex, a cannabidiol (CBD) oral solution, to GW Research Ltd. Epidiolex is indicated for the treatment of seizures associated with two rare and severe forms of epilepsy, Lennox-Gastaut syndrome and Dravet syndrome, in patients two years of age and older. It is also the first FDA approval of a drug for the treatment of patients with Dravet syndrome.

There is no known cure for autism. The results from this study are to be finalized in September 2021.